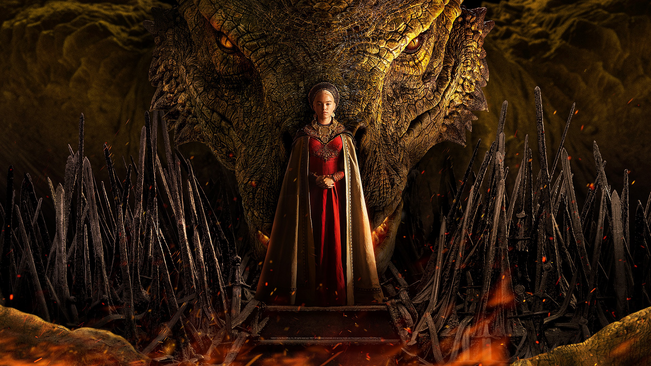 After more than six months of on-again off-again reading, I finally managed to finish all five volumes of  R.R. Martin’s still-not-finished fantasy saga, “A Song of Ice and Fire.” Five books, and nearly every single one of them over 1,000 pages’ worth of exquisitely (and excruciatingly) detailed description, dialogue and drama that is probably the most demanding fantasy read I’ve ever committed myself to.

For the record, this feat requires shameless consumption of massive quantities of alcohol over the course of an entire blackout weekend by way of celebration and self-congratulation. Something which I may have to enjoy via imagination if I want to remain married, but that doesn’t close the door on any other troopers-in-training. I say go for it, just don’t tell anyone I’m the one who gave you the idea. I’ll deny it to my grave.

Anyway, the length is challenging, there’s no doubt about that, but what really makes this extraordinarily popular series such a literary equivalent of climbing Mt. Everest is the pacing and the detail. Nothing about this story happens fast except for how quickly some of the characters get killed. This body count grows at the rate of about a half dozen or more per chapter on average, to the point where I started to feel jittery if I found myself reading for more than a half hour and nobody had been axed or run through with a stake. But then some male character would make an offhand comment about some gruesome act of violence he’d like to visit upon somebody else just for kicks, and my hands would stop shaking.

But like I was saying before drifting off into the killing fields, nothing happens quickly in this tale. Just look how long it took for the dragons to actually become a factor, then name another story with dragons as cool as these that allowed them to take a back seat in development for more than 3,000 pages before they finally get to toast a few folks and burn down some villages. That’s the kind of patience on the part of an author that either drives you crazy or shake your head in awe and admiration.

It’s also the attention to detail that makes for such slow going, and I have to confess sometimes I did have to wonder why did Martin always feel so compelled to describe every piece of clothing right down to the shade of red and the style of fabric, not to mention how many granules of dirt had been imbedded into it due to the wearer’s long march across hill and dale through blizzards and wolves battling…

Anyway, you get my point. But then I started to realize how that detail always managed to draw me in to that amazing world he created, which I’m convinced really did exist somewhere. Even the dragons. It had to. It just had to.

OK. Even better. Check out the opening sentences from the first five chapters in “A Dance With Dragons”:

The night was rank with the smell of man.

He drank his way across the narrow sea.

She could hear the dead man coming up the steps.

The white wolf raced through a black wood, beneath a pale cliff as tall as the sky.

Are we there yet?

OK, so maybe that last one doesn’t quite match the others, but you can’t tell me they don’t each make you want to keep going. The sights, the smells, the sounds…

And damn if that isn’t great writing.

A Song of Ice and Fire, Game of Thrones, George R.R. Martin, storytelling

Finding your own wild things as a writer for children

Finding your own wild things as a writer for children

September 12, 2014 - 4:35 pm
So I'm now in the process of attempting to write a children's book for very young children, meaning those...
Copyright ©2020 Detroit Ink Publishing. All Rights Reserved.