Gimme my TV fix. Somebody tie me off quick

Gimme my TV fix. Somebody tie me off quick 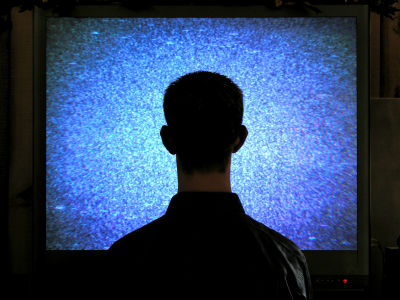 I don’t know what it is but this show is f—in great, man

As someone who reads an awful lot (because someone who writes a lot really does need to read a lot if said person who writes a lot aspires to write anything worth reading), the question might be asked; so why do you watch so much TV, man? How do you find the time to fit in so many shows?

I confess that guilt does harass me from time to time, and there is always that little voice rattling around between my ears screaming that I should be reading something, anything, instead. So why don’t I heed that voice? Sometimes I do, but here’s the thing; I love stories. All kinds of stories so long as they’re good. Sometimes even stories that aren’t good I’ll watch anyway just because there’s either an element in the plot (or a really well-developed character) that makes the story worth watching, or because the show is reported to be popular and I’m interested to see why. In other words, I don’t just watch TV shows as entertainment, but as a kind of research. I like to analyze shows for what works and what doesn’t. For good dialogue. For well-written characters. For risky plot lines and themes.

But the flip side of my fascination with  TV dramas is that I actually get angry at bad TV, and I really get angry at bad TV that is insanely popular. Pretty much all reality (yeah, right) TV falls into that category, as I view this type of mess as further evidence of the decline of the human condition back to the ooze from which it sprang. Then there are shows like what I am about to show you that haven’t even reached the screen yet but that I know are coming and that should by all means be stopped. But they won’t be stopped. They will never be stopped.

They just keep coming, like grinning roaches marching over the transom…

From The Hollywood Reporter:

NBC continued to add to its series haul Friday, ordering dramas The Blacklist, The Night Shift and comedy Welcome to the Family.

Welcome to the Family

Logline: Cultures collide when a white family and a Latino family are bonded together by their children who fall in love followed quickly by an unplanned pregnancy.

Somebody. Please. Make it stop.

The Hollywood Reporter, TV addiction, Welcome to the Family

The Case for Formal Writing

The Case for Formal Writing

May 7, 2013 - 9:00 am
With written communication now possible in so many types and variations, the skill of formal writing is often...
Copyright ©2020 Detroit Ink Publishing. All Rights Reserved.